Visions of an island bride

Like an imposing spectacle of nature, the sturdy rocks of a ruin towers into the sky to serve as breathtaking scenery for the visions of an island bride.

The last few centuries did not pass by without leaving their marks on this ancient castle´s fragments, which still presages the impressive architecture of the Middle Ages.

Awestruck the bride wanders over the rough and overgrown ground, until she stops at the place where the view over the world is as gorgeous as nowhere else.

Only the wind reminds her that she does not dream. The wind, which lets her dress flutter playfully and the silk ribbons of her bouquet dance freely…

Reaching this place wasn´t as carefree and easy for photographer Igor Kovchegin as these shots may seem. „The concept was born from the mood of this historical place. Mangup also known as Mangup Kale is a medieval fortress in Crimea. It was difficult to get to the ruins of this cave city in the mountains and even a little bit dangerous, but the breathtaking views and the atmosphere have more than paid back all these difficulties.“

The event stylists of Bark and Berry and floral wedding designer Cat by Wood and Bloom took care of a coherent concept and its implementation. „Wild flowers, growing right there, on the Crimean land, and gathered on the way to the shoot made her bouquet and floral arrangements authentic.“ photographer Igor raves about the pieces of art by Wood and Bloom.

Let’s get carried away by Igor Kovchegin to a magical place that only very few of us will ever enter. High above the roofs of the Crimea… 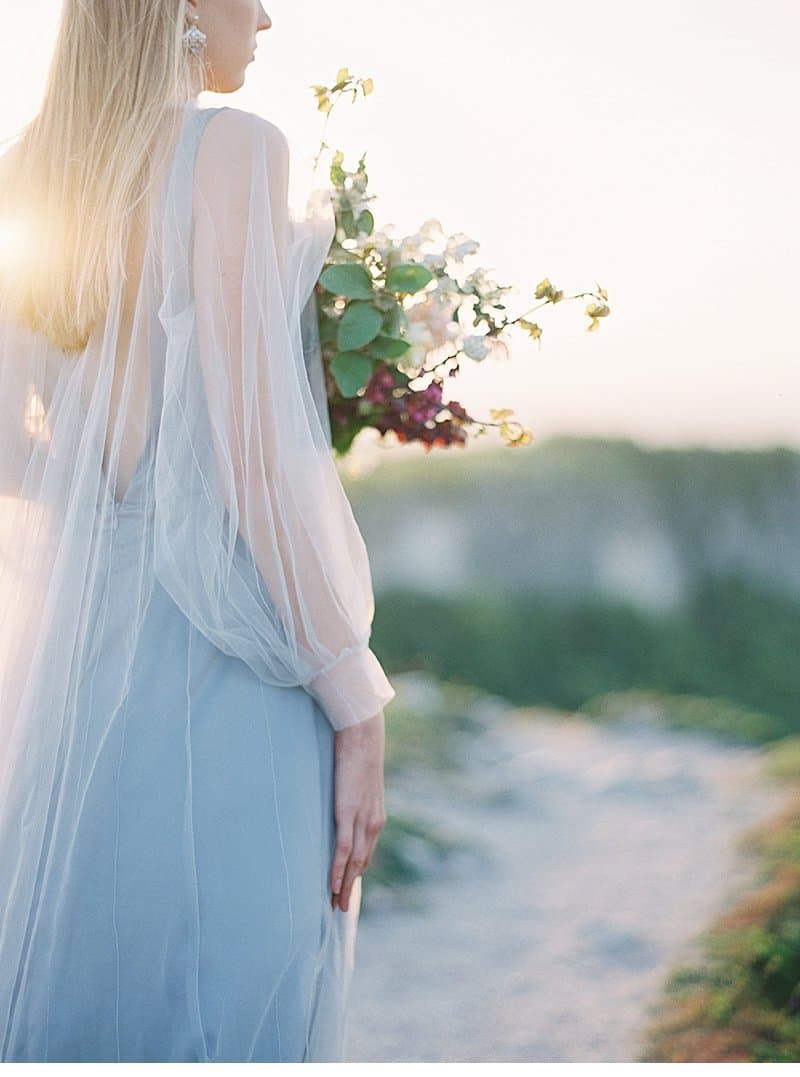 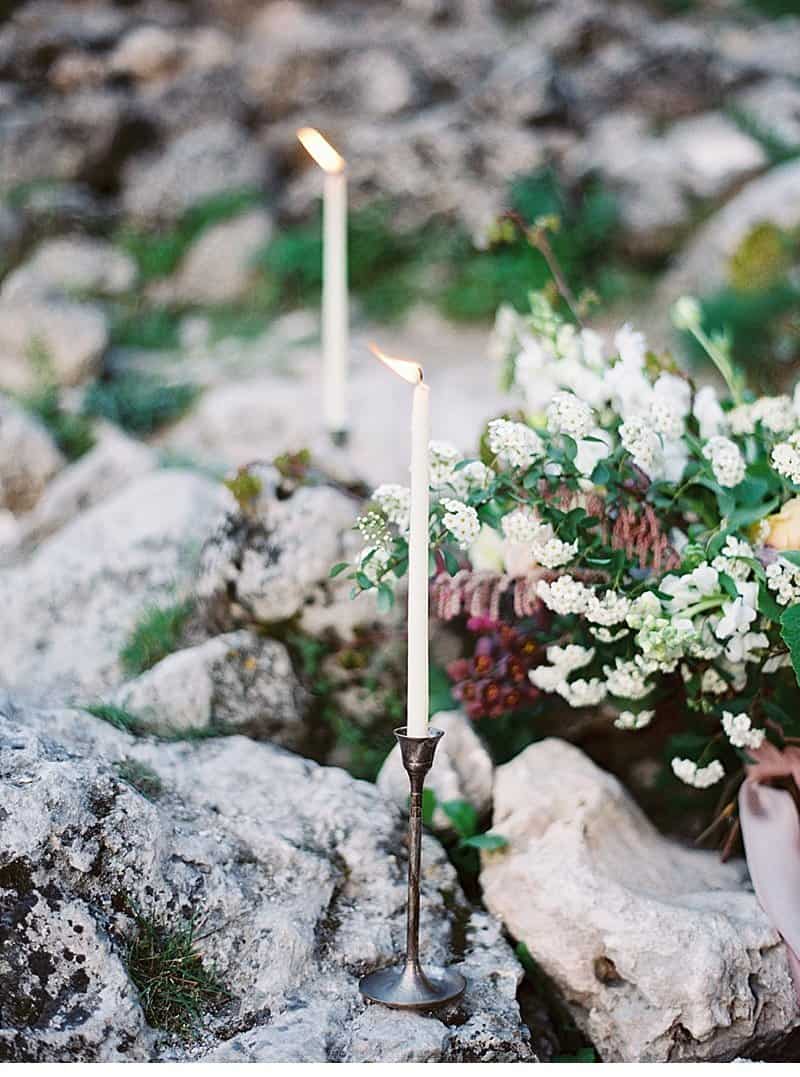 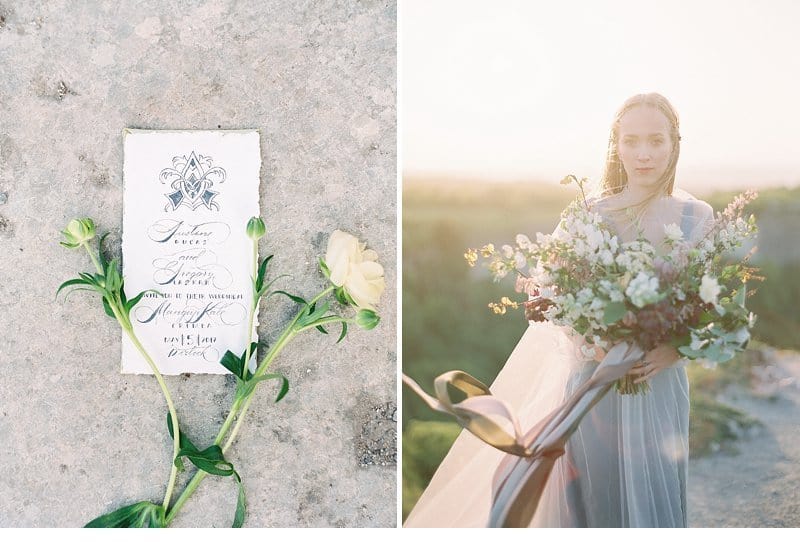 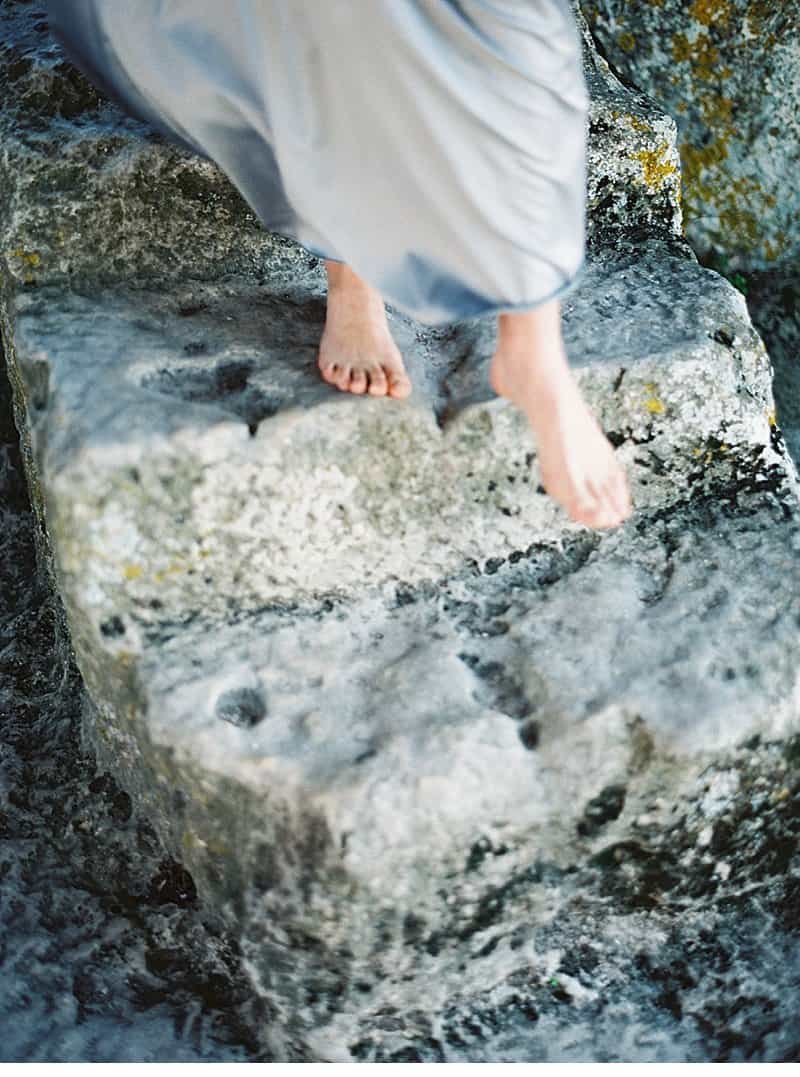 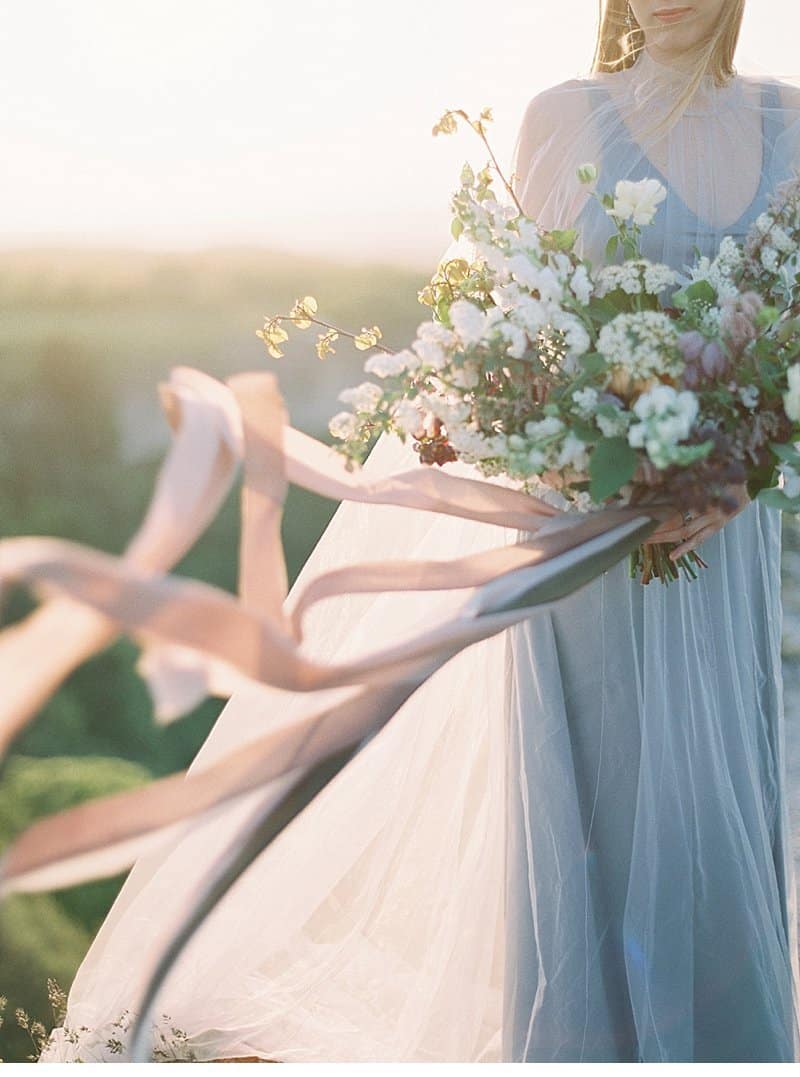 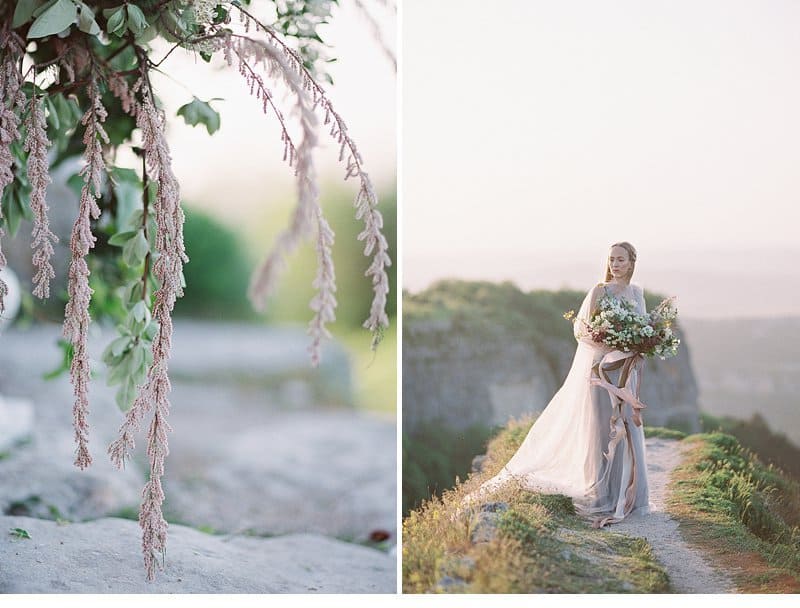 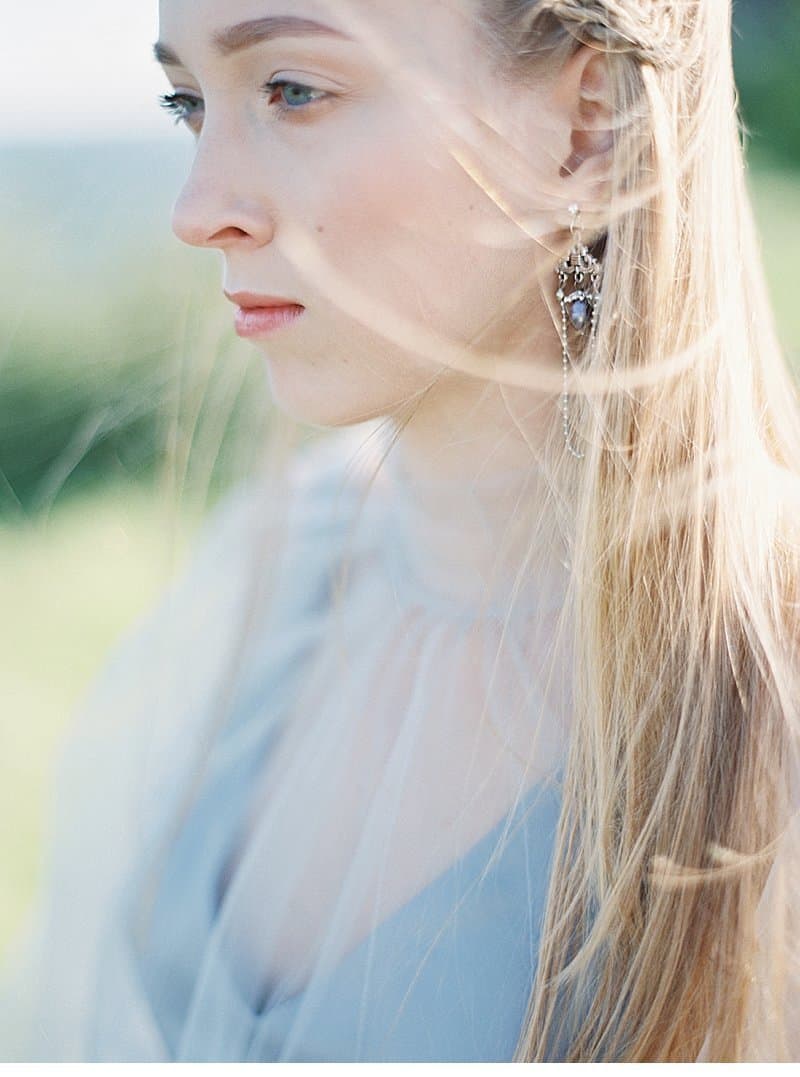 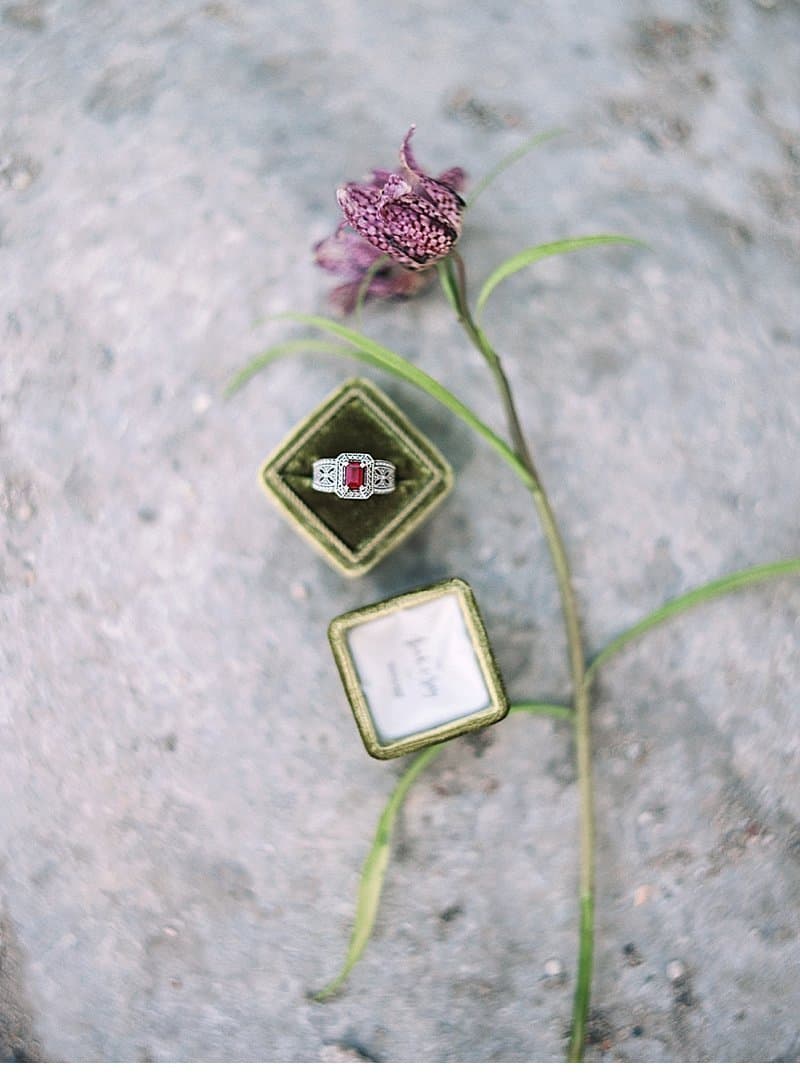 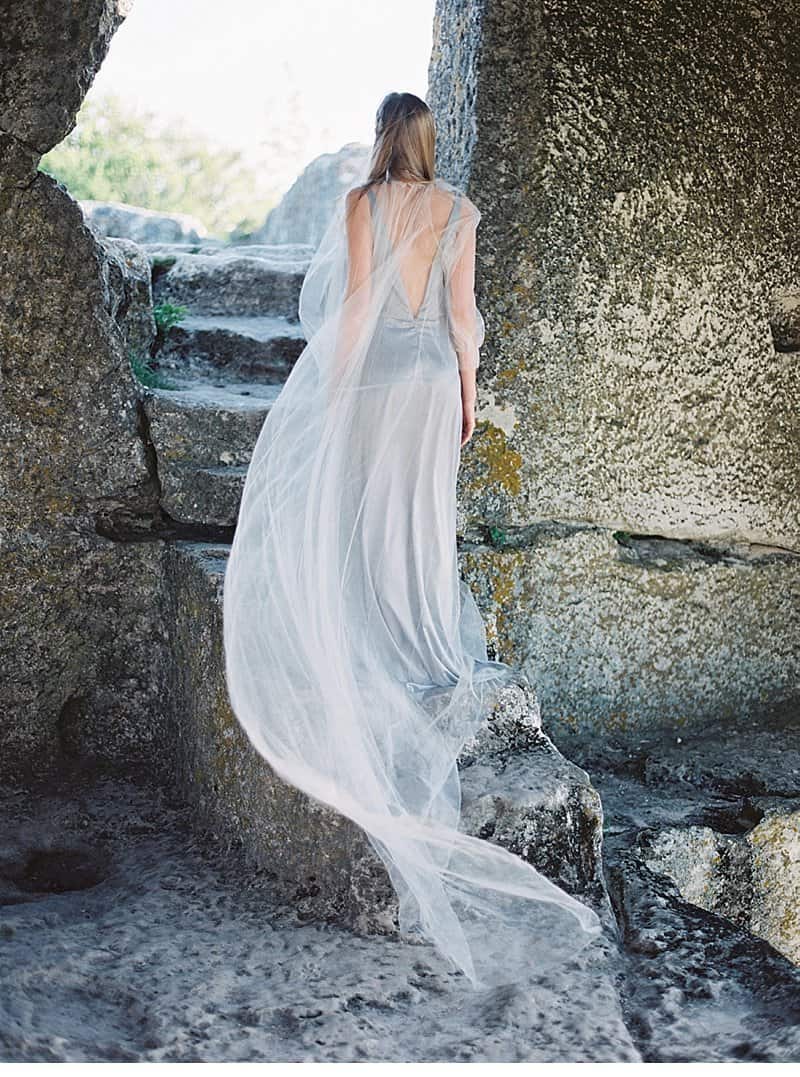 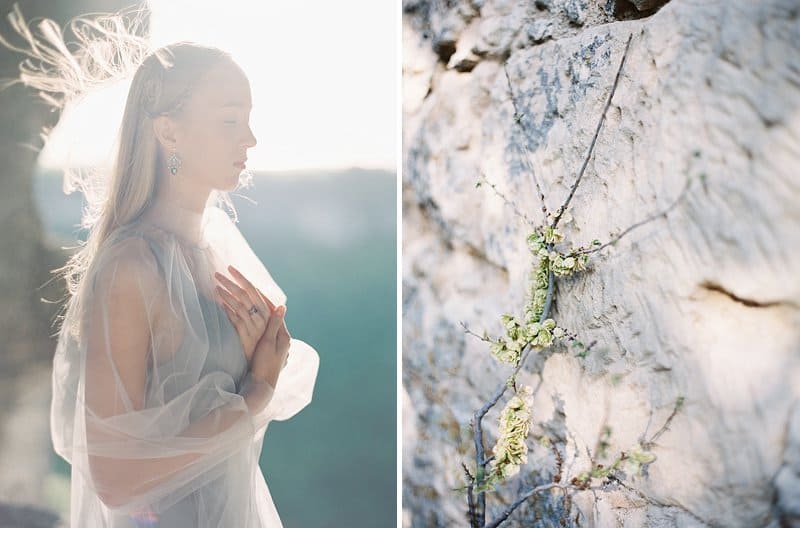 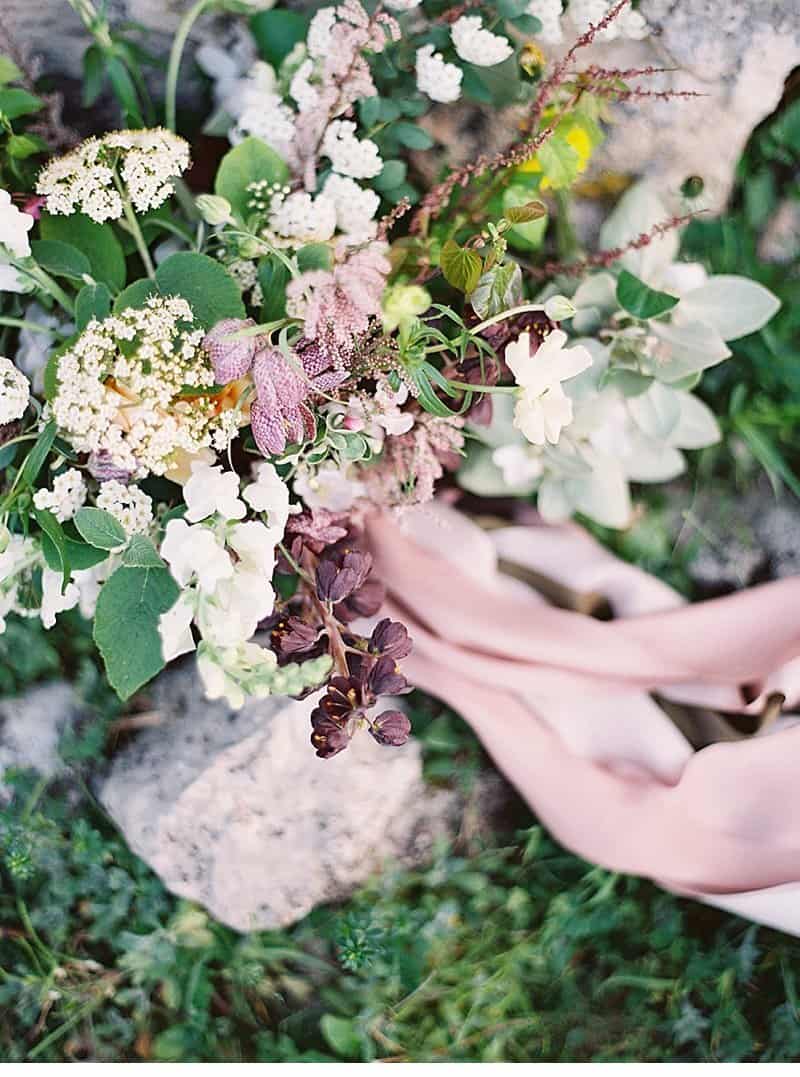 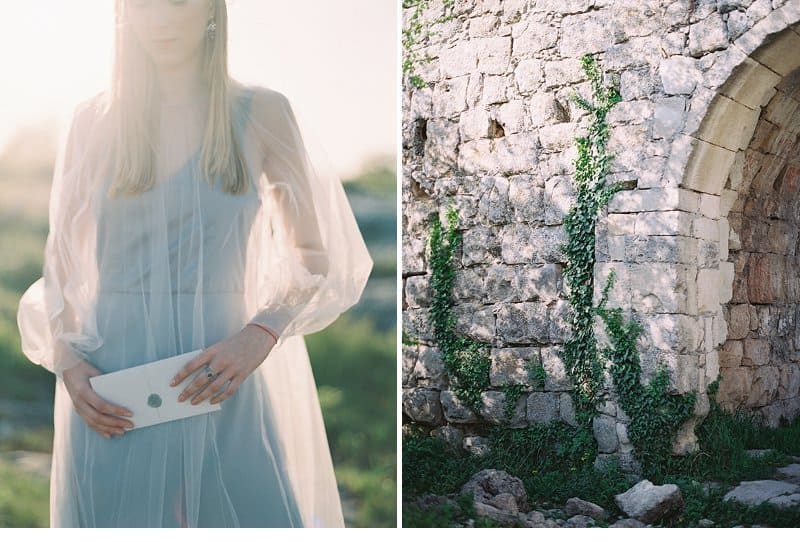 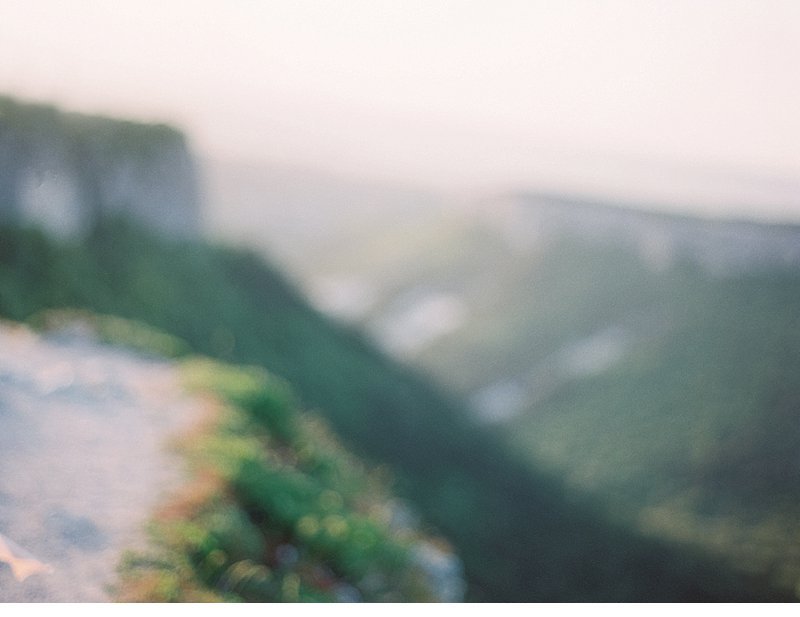 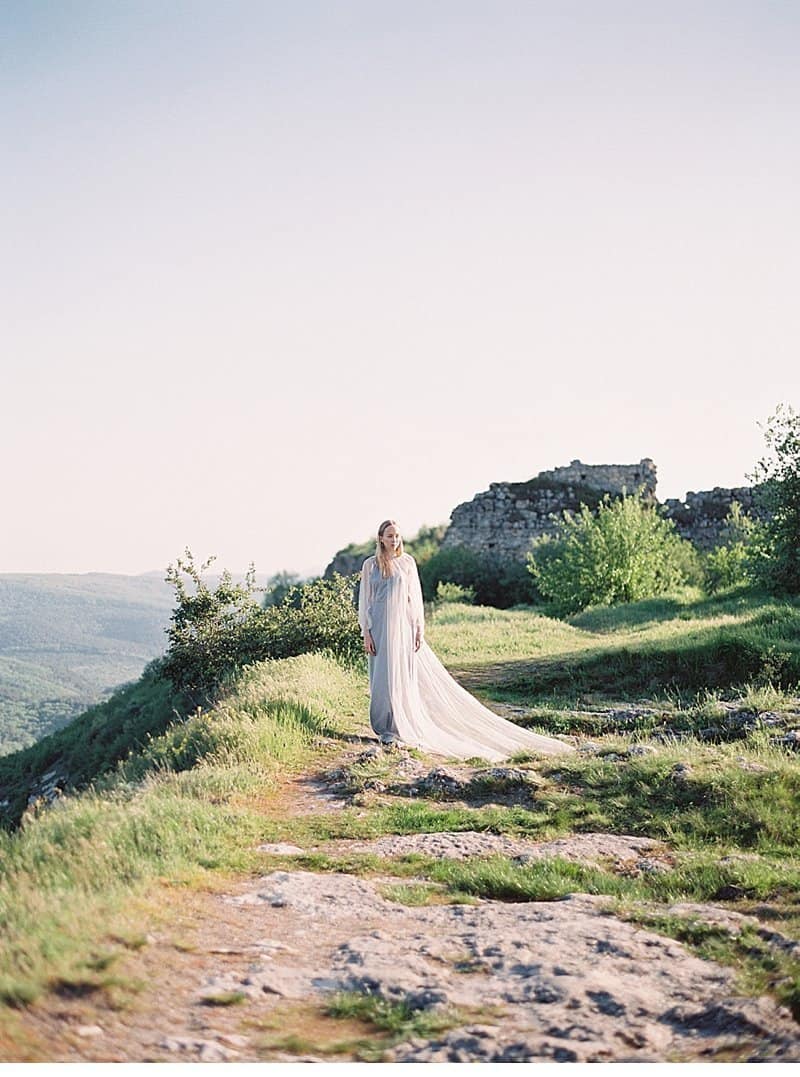 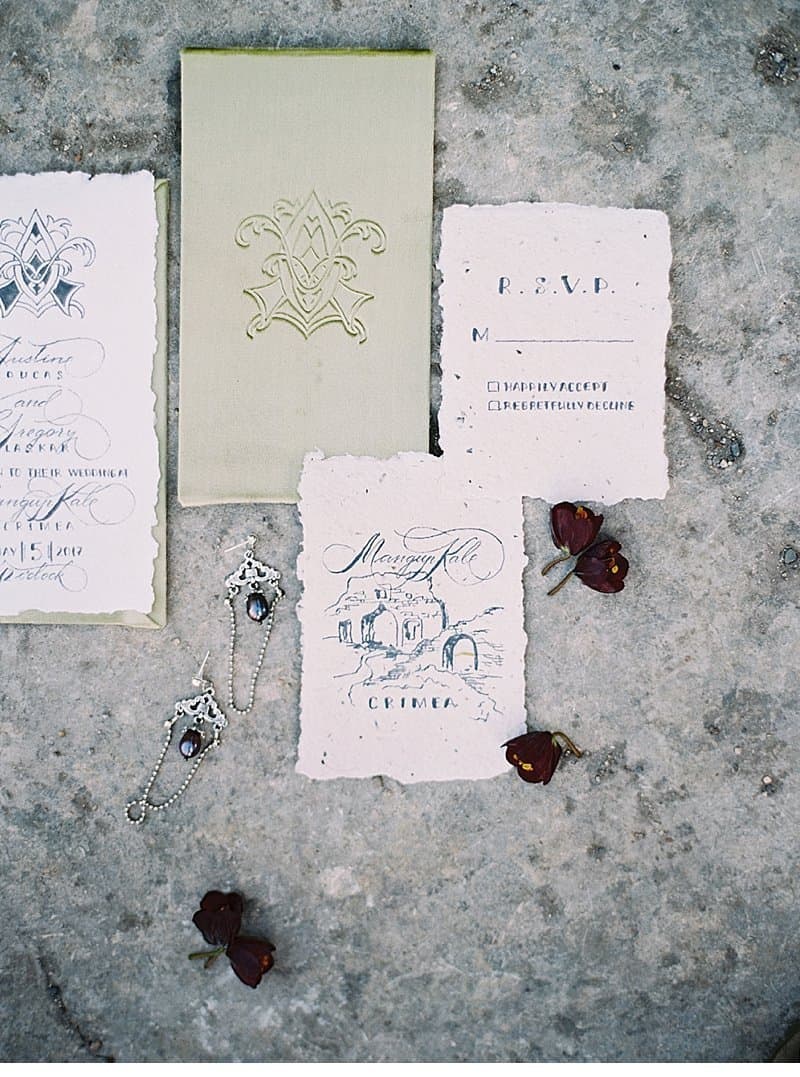 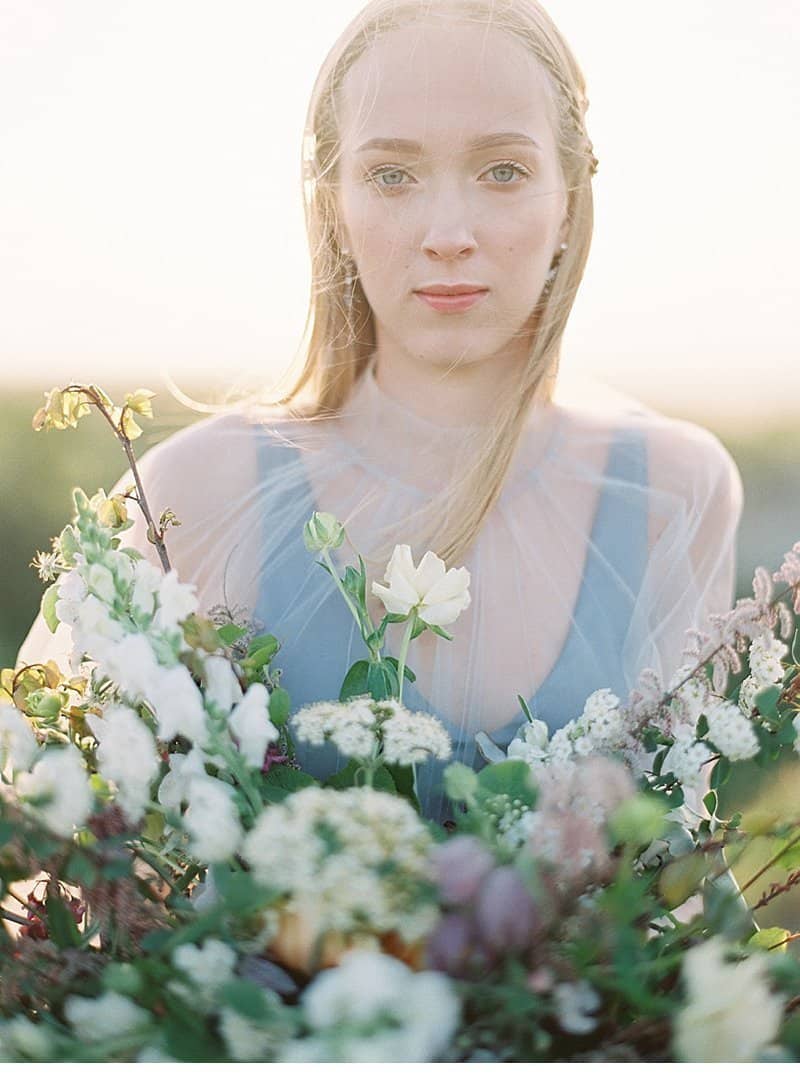 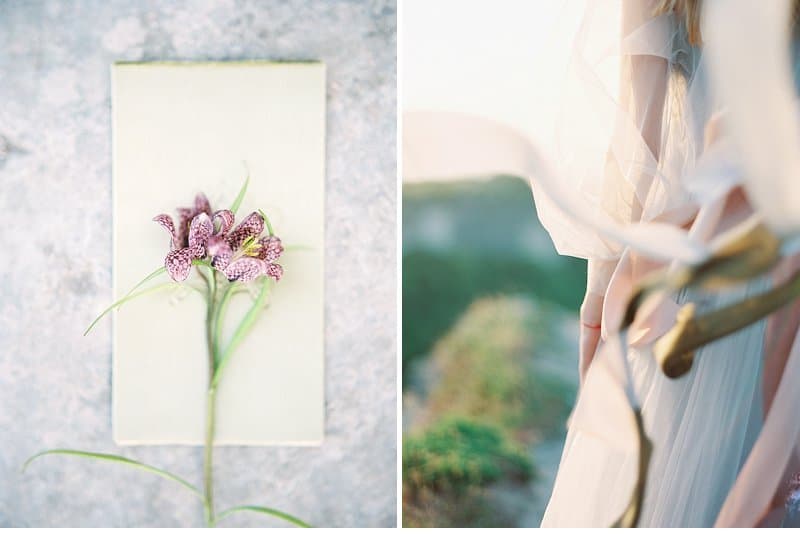 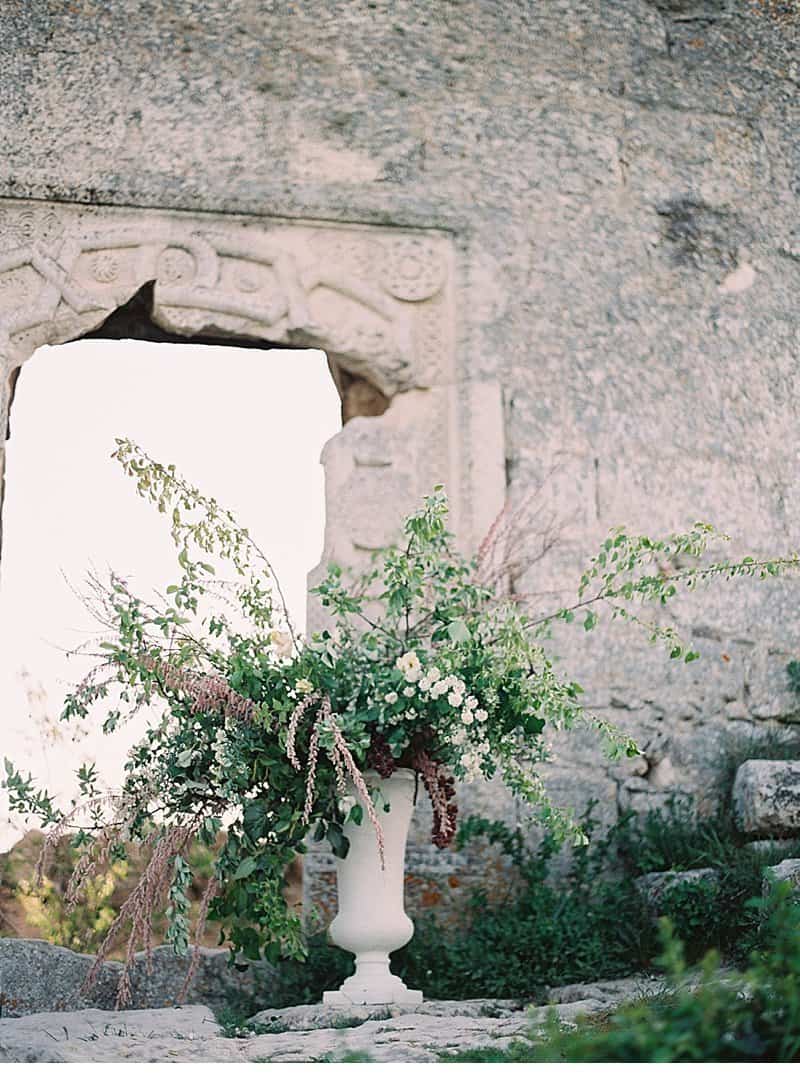 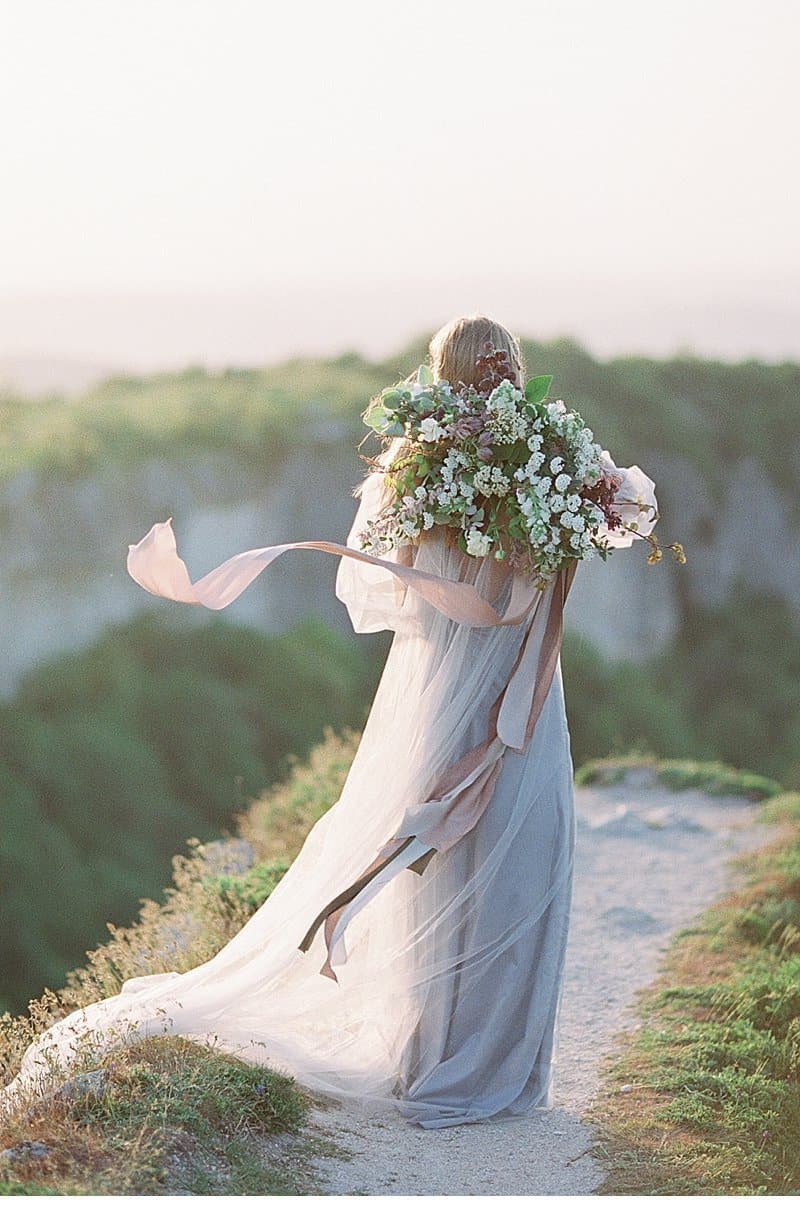 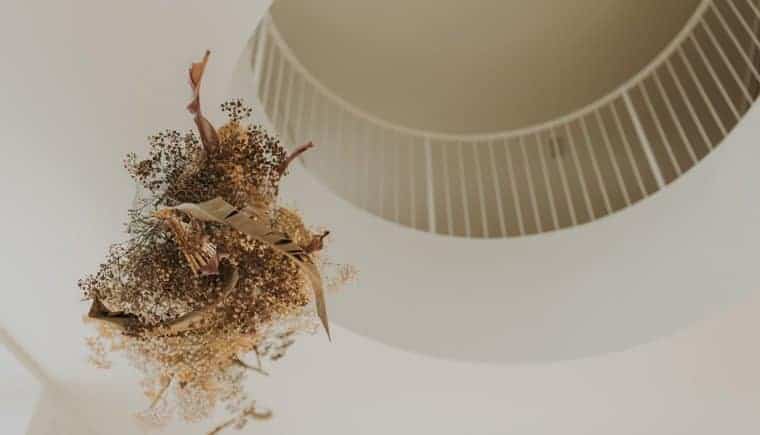 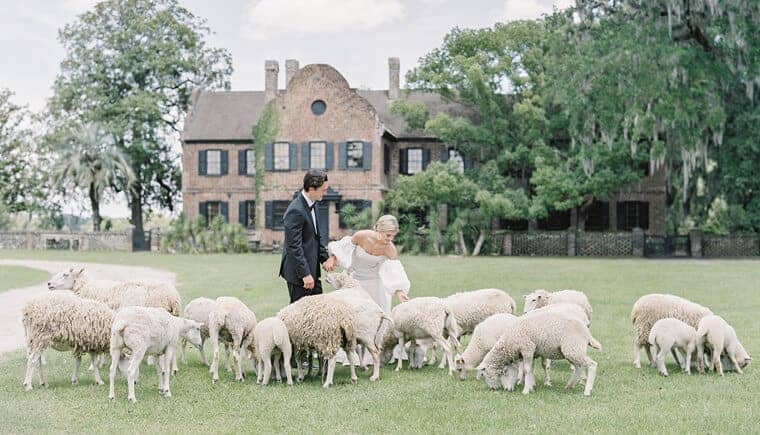 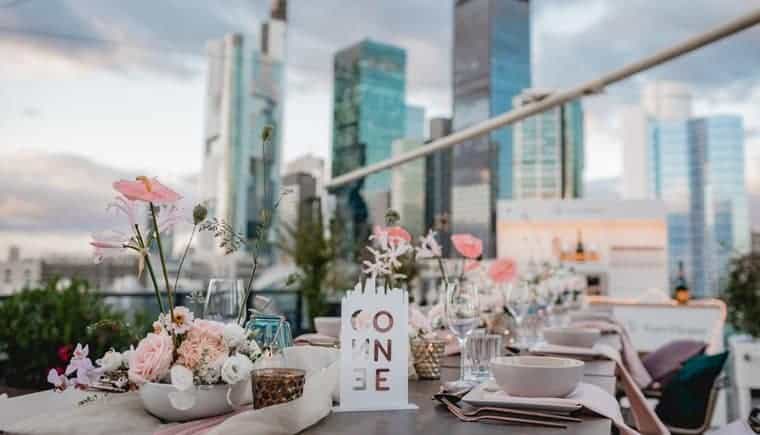